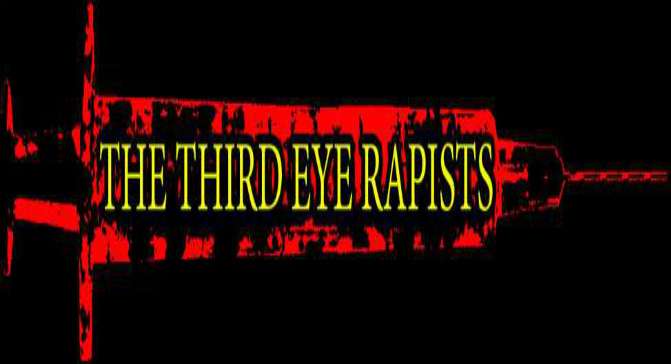 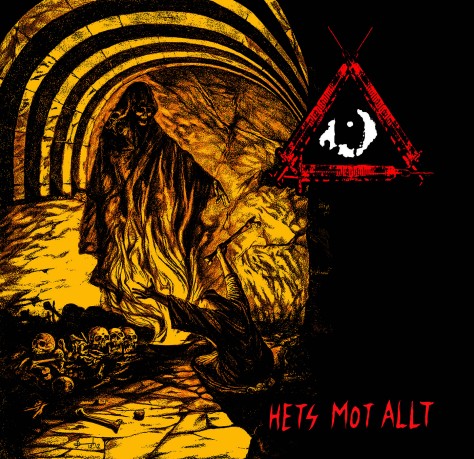 “Hets Mot Allt” originally appeared in 2014 as an independently released, limited run cassette demo but now through the pairing of Shadow Records & Regain Records “Hets Mot Allt” has gone through a re-imagining of sorts and is poised to be one 2017’s heaviest underground hitters.

Consisting of 5 tracks and with a run of time of just over 25 minutes The Third Eye Rapists manage to pack Black, Death, some nice lead work and even some Hammer Horror style organ into the mix. Vocals are tortured and as one was bereft of a lyric sheet at the time of writing, what they seem to convey is a type of narcotic fuelled hatred that accentuates this already cacophonous brew. 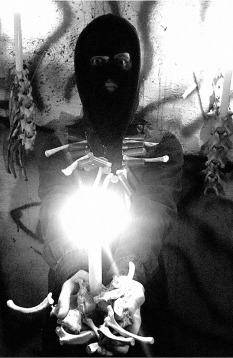 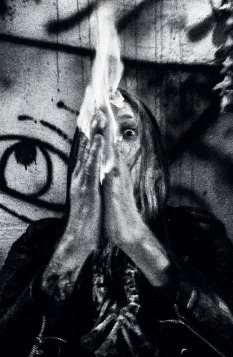 “Worshiper of the Ultimate Funeral” appears twice on “Hets Mot Allt”, first as a 9 minute juggernaut that showcases the more visceral side of The Rapists, and then again as “(MMXII)” version, which opens with the aforementioned Hammer Horror style organ before descending into arguably the most demented 3 minutes to be found anywhere throughout this already impressive EP.  Having already released “Magicians of the Holocaust ” and the mind-bending “Deathtrip Transcendence” earlier this year, The Third Eye Rapists are a group most definitely not to missed and will surely appeal to fans of  Darkthrone, Secht , Inconcessus Lux Lucis and even “Karjalan Sissit” or “Stalaggh”

“Hets Mot Allt” is available now on CD/LP and through Bandcamp.

02. Worshiper of the Ultimate Funeral

05. Worshiper of the Ultimate Funeral (MMXII)