Monstrous riffing and murderous drumming, these two criteria would first come to one’s mind to describe the music of Polish black/death metal scene in short words. Preludium, from Mielec, Poland is no different from their contemporaries in terms of delivering the combo of extreme riffing and intense drumming. Band’s latest offering Redemption is different from their earlier releases to some extent. Previous releases were constructed with war and blasphemy based lyrics. Surprisingly the band switches its lyrics to the spiritual teachings of Sri Sri Paramahansa Yogananda in this full length, which is obviously a new theme in the extreme metal music. 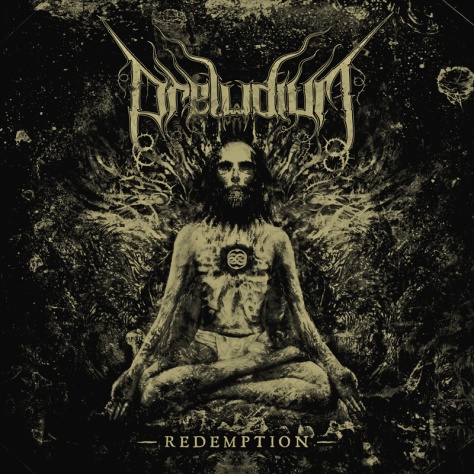 Who have listened to the band’s previous creations can feel that Preludium’s sound has strong kinship with the bands like Behemoth, Hate and the like. But the band has got ways and means to successfully put some new elements into the album that turns the whole atmosphere into a stronger position and that atmosphere definitely reflects the band’s intention to sound a bit different from their old materials.

Initial track of the meditative journey, Soul Torment trudges almost at the same pace with some riffs. Second track, Altars of Redemption transports an array of some atrocious drumming, solid bass and strong vocal deliveries. Third track, Incarnation is one of the best tracks of the album. One is supposed to get overwhelmed with the monstrous riffings of this track. Some of the guitar works of the track bear some resemblance to the Icelandic black metal bands, but Preludium’s work can be considered as faster comparing to the works of Icelanders. Circle of Life, Destiny of Morals and the final track, Sins of Mankind are some of the other tracks that can startle the ear-hole of the listeners. Beginning vocal part in Circle of Life reminds me of the crushing voice of Mors Dalos Ra of Necros Christos. All of these three tracks are enshrouded with mesmerizing guitar works and destructive drumming. A memorable rhythmic bridge appears in Sins of Mankind as if to add a unique vibe in this spiritual expedition.

Aesthetic artwork of the album perfectly gives a glimpse to the listener about the lyrical theme of the album. Atmosphere presents in the album also perfectly conveys a spiritual feeling that the band is trying to preach with their music.

Considering the downsides of the album, there are a few. Even though the band has tried to do something divergent from their typical Polish extreme metal sound, a lot of elements are present in the album that were previously done by the contemporaries. Initial track Soul Torment is less appealing in terms of its overall composition and cannot be considered as a descent tool to open the album. Lyrics obviously transmit strong messages, but the spiritual theme that is conveyed through the lyrics has complicated connection with the black metal lyrical theme and it may throw cold water on the listeners who prefer evil oriented lyrics on black metal music.

Redemption can be regarded as the best release of Preludium so far. Yet, I have not checked their demos and first full length, but it should be on the climax comparing to the other albums that have come across to my ear. Most remarkable works in this album are done by the guitarists; guitars are mightier than the swords. Another successful release from the label, Transcending Obscurity.  “Redemption” is surely a recommendation to the listener of blackened death metal.

Stream the entire album on Bandcamp:

One thought on “Preludium – Redemption”